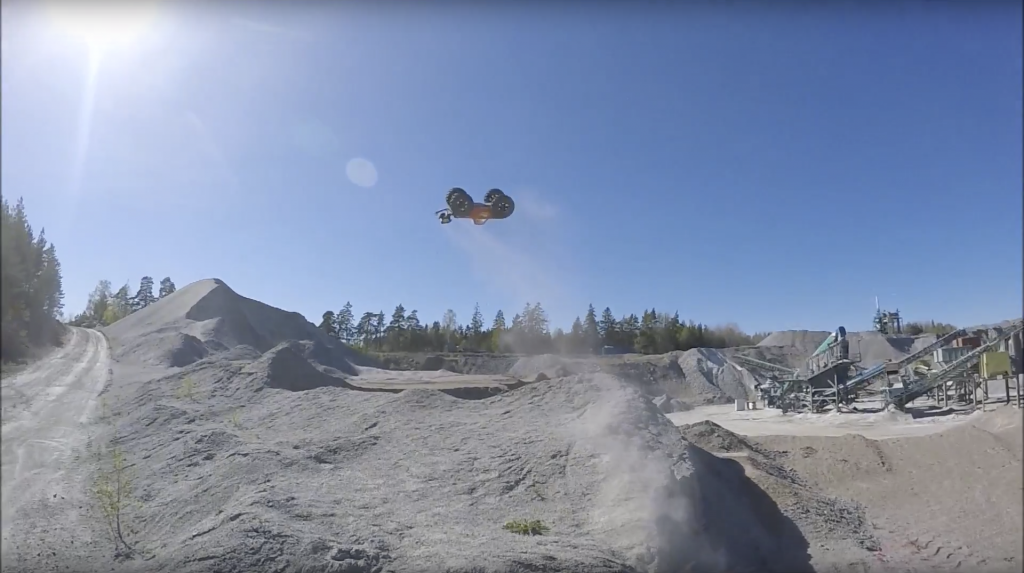 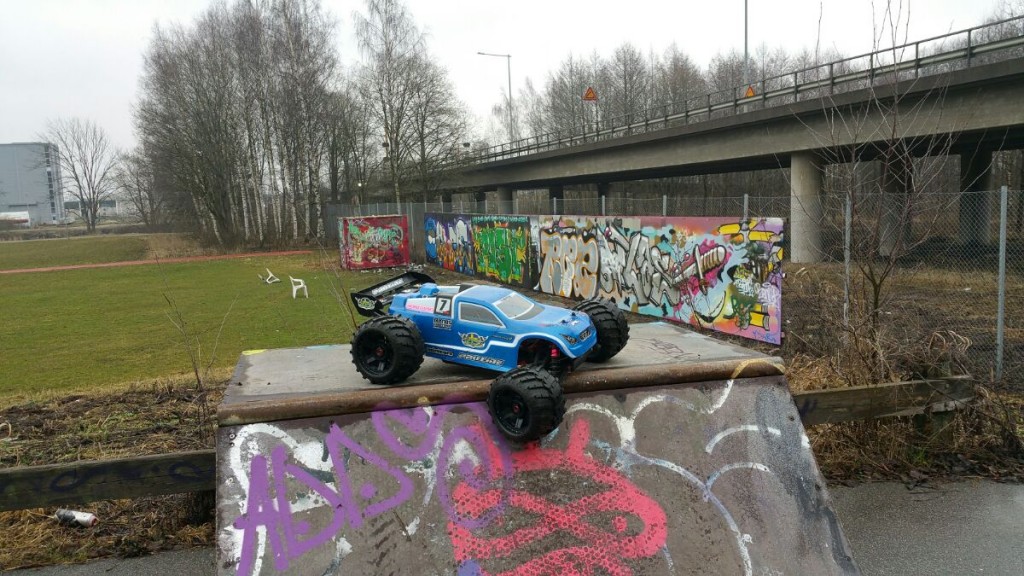 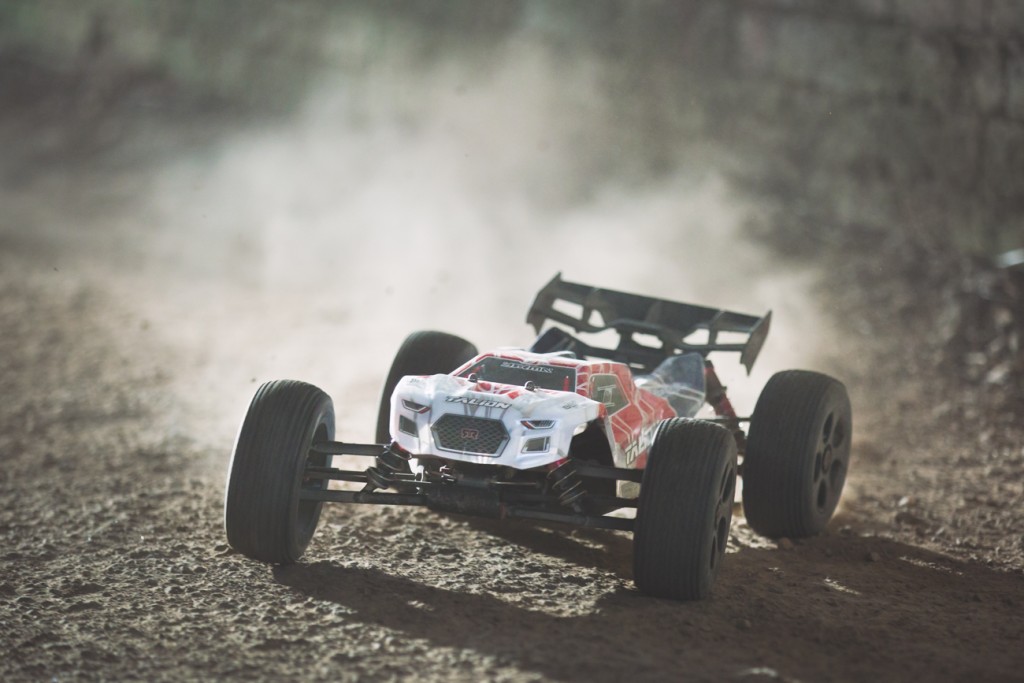 ARRMA fans are always pushing their bashing machines hard, and a recently published TALION 6S jump video, by Danny Boy, is a perfect example. The reaction from the spectators is very cool.

Learn more about the beats that made this happen: http://www.arrma-rc.com/rc-cars/latest/talion/blx 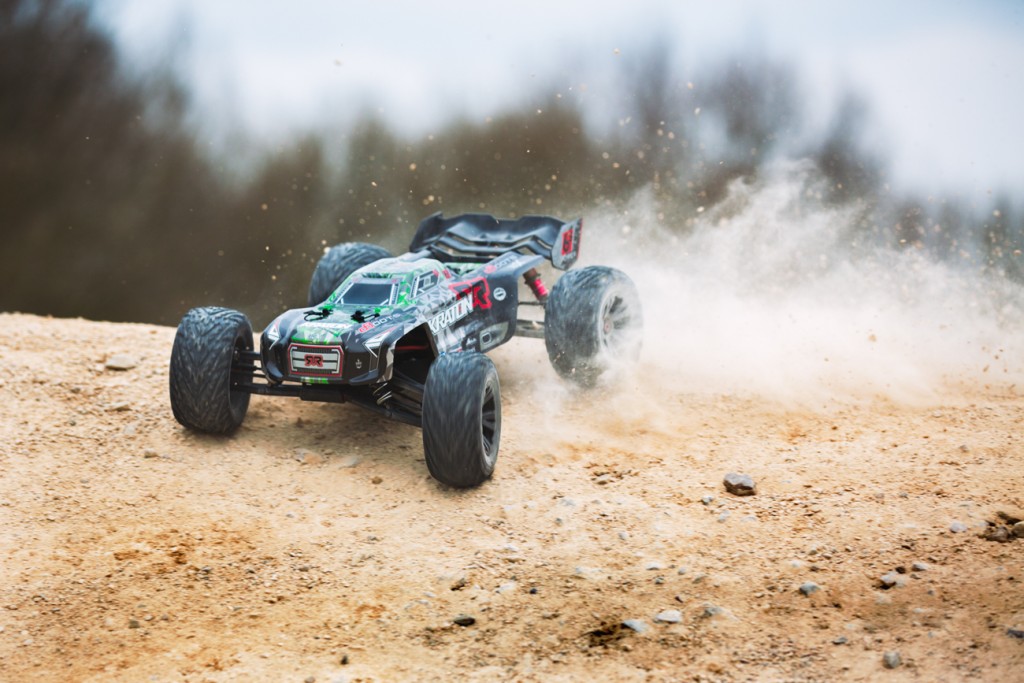 Are you ready for extreme RC speed and strength?

So you love fast and rugged motorsport? You want to get your weekend thrills from piloting the ultimate in radio control multi-terrain machines? 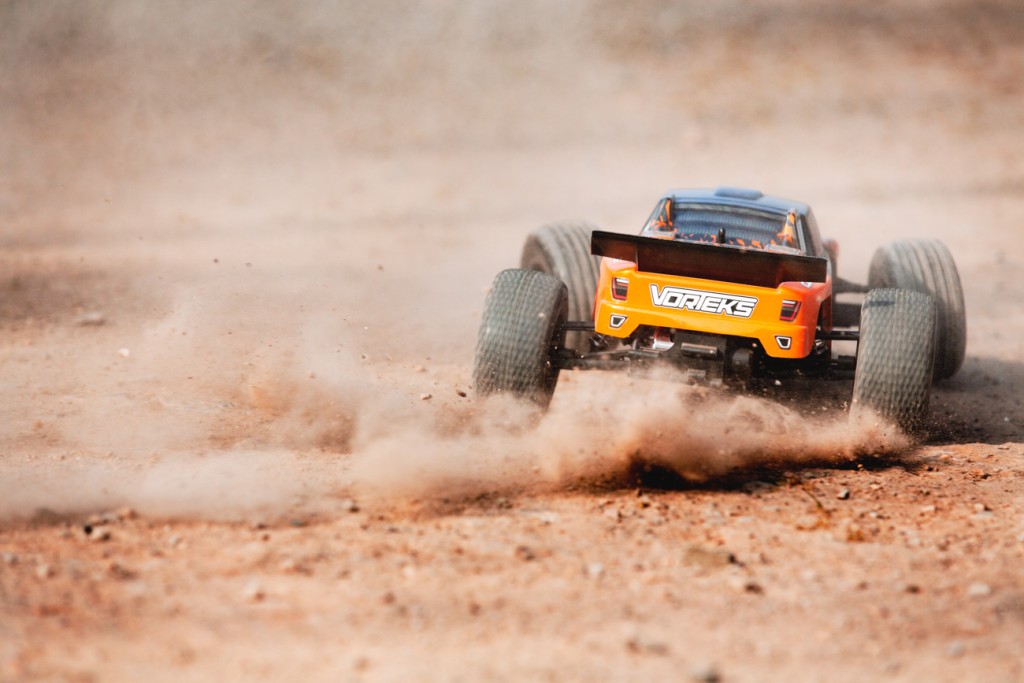 From our hassle-free and family oriented 1/10 2WD brushed range, to our terrain-blasting 6S LiPo power brushless 1/8 4WD selection, ARRMA have the perfect weapon when you want to rip up any environment. 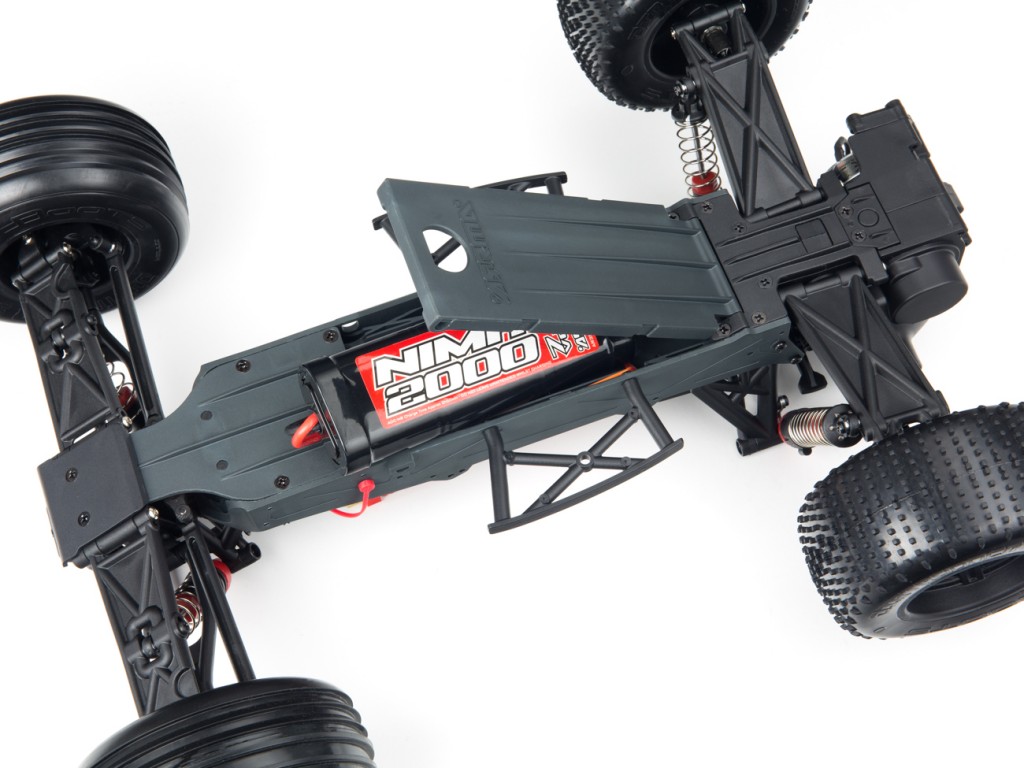 Equipped with a host of awesome features, including waterproof electronics for mastering the most extreme conditions, ARRMA bashing machines are designed for fast and easy family fun, from your back yard to the parking lot. Blast across the beach on vacation, rip up the grass and mud at your local park, no matter what the challenge, ARRMA has you covered.

BLX Brushless Power – Capable of over 60 mph with optional gearing

Choosing the bashing machine that suits your needs is made really easy, just jump into our cool vehicle comparison page to help you decide how you are going to become an ARRMA RC hero. With such awesome specifications, this is the perfect tool to help you speed forwards on the path of ARRMA ownership. 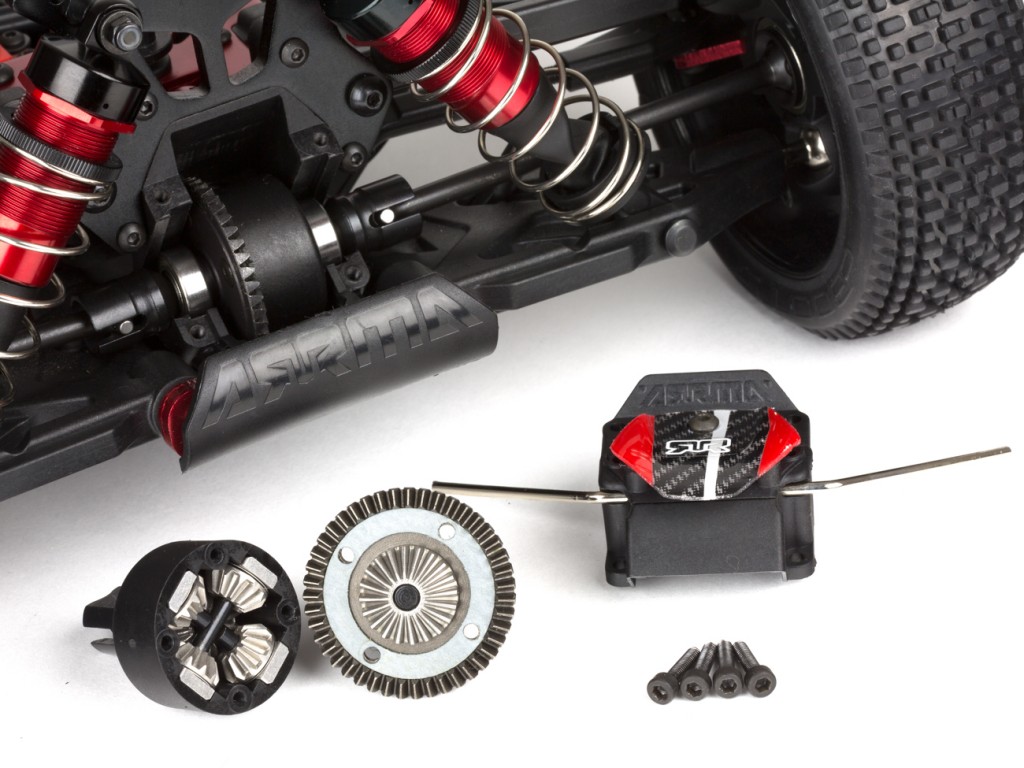 With an exciting and supportive community of like-minded ARRMA owners just a few clicks away, you can access a huge range of cool action videos and free downloads, making your journey into ultimate bashing action fast and easy.

Are you ready for the breath taking speed and terrain commanding strength of ARRMA RC? Check out the full range and get ready to BLAST! 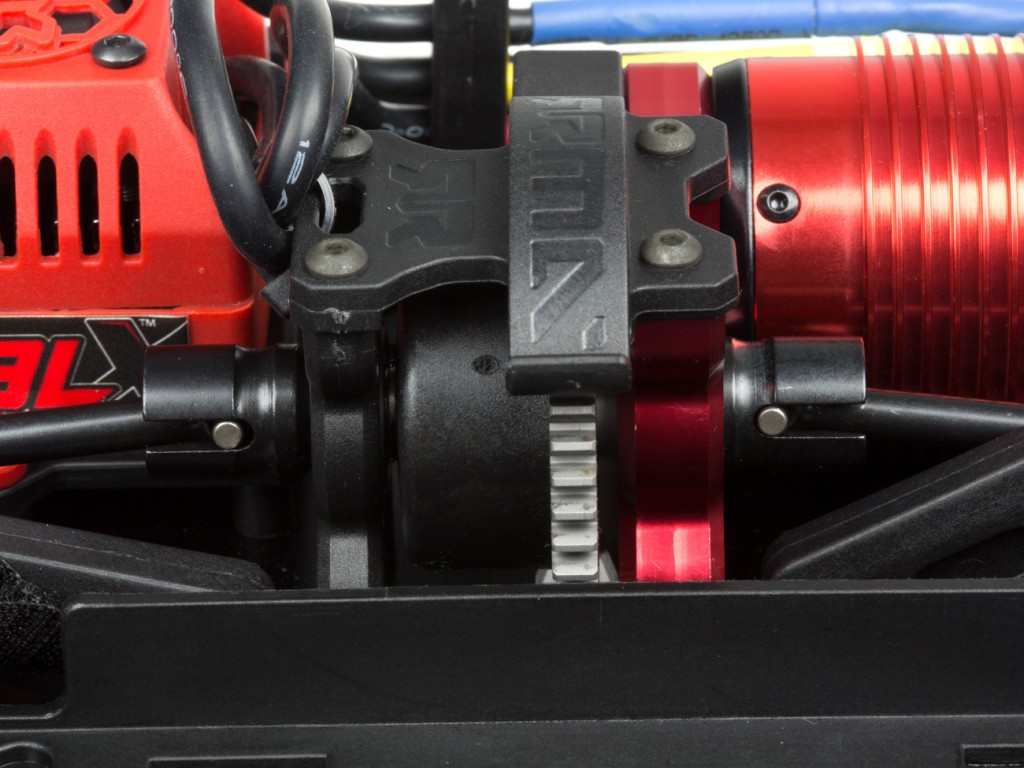 Learn how to gain the perfect pinion-to-spur gear mesh

Transferring the power output from the on board motor to the vehicle’s drive line is the heartbeat of your ARRMA bashing machine.

If you have to adjust your motor or centre diff assembly, you will need to reset the gear mesh between the pinion, which is attached to the motor shaft, and the spur gear, which is the main input transfer gear on your gearbox or centre diff.

In the latest episode of our ARRMA Tricks and Tips video series, Thomas Pettersson shows you how he gains the perfect gear mesh on the KRATON 6S, TALION6S ,TYPHON6S and SENTON6S.

These basic principles of setting how the gear teeth mesh together can be used on all our vehicle, including the 1/10 2WD range.

Learn how it is done easily here: http://www.arrma-rc.com/tv/channel/typhon/v74TZhMcW3k

Do you have a suggestion for a new tutorial video series? What would you like to see. Let us know now: support@arrma-rc.com 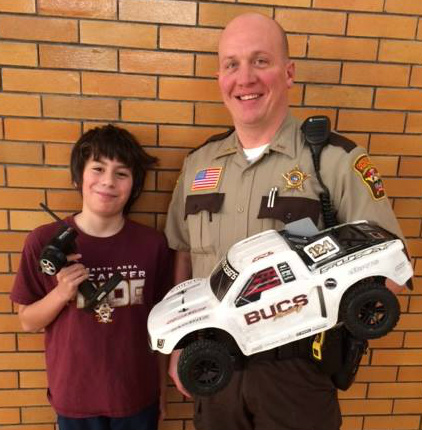 ARRMA love introducing new people to RC, especially when we have the opportunity to support younger RC fans on their journey into this exciting world.

Our support has recently extended to working with Tower Hobbies in the USA to allow educational initiatives to be enriched with our products, allowing young people to learn new skills and develop a better understanding of the world beyond their school gates. 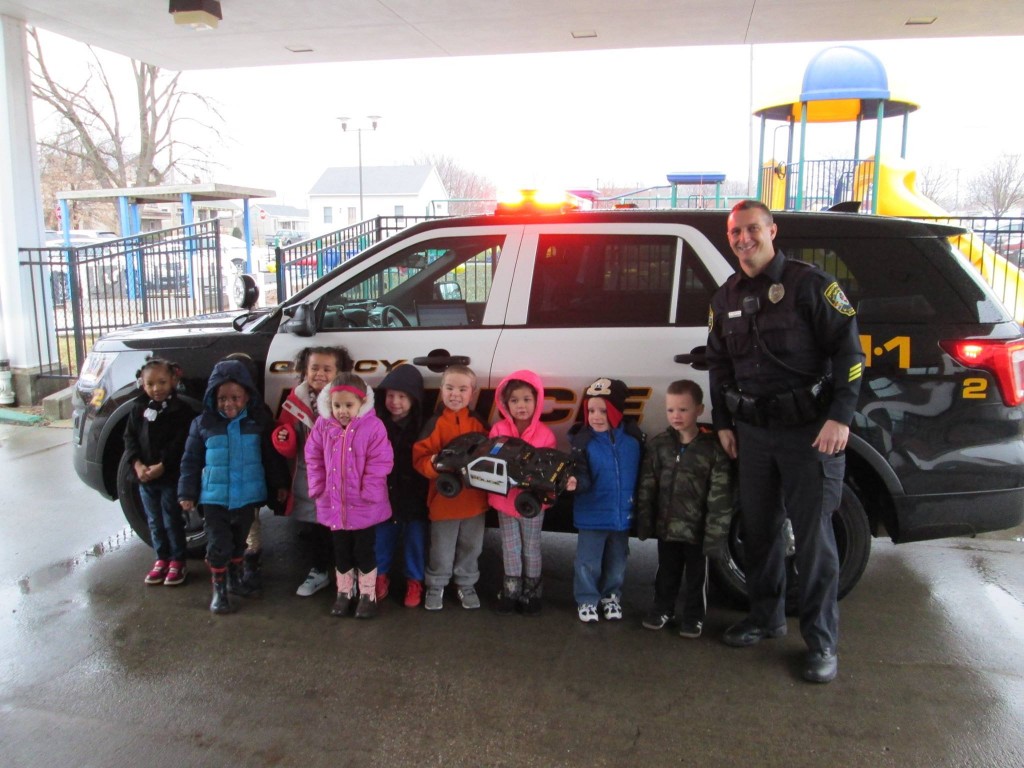 We were so happy to see the Fairbault County Sheriff’s Office, in Bule Earth, MN USA, using the FURY MEGA 2WD Short Course Truck to help fight the blight of bullying in local schools. Sheriff’s Deputy DJ Bullerman has been using the ARRMA FURY, with custom painted Sheriff body shell, to help break down community barriers when it comes to asking law enforcement officers for help. What a great idea. 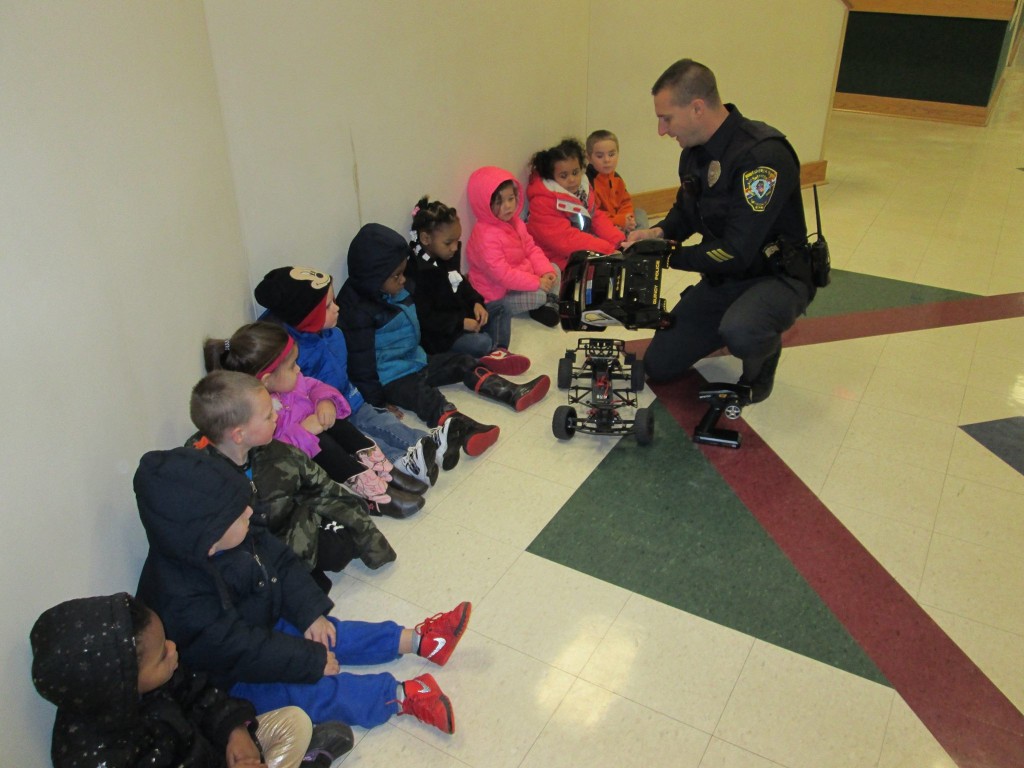 Using ARRMA RC vehicles to educate in important issues is a perfect example of how the humble radio control model can make a big difference to people’s lives. We are proud to see ARRMA products being used in such an inspirational way. 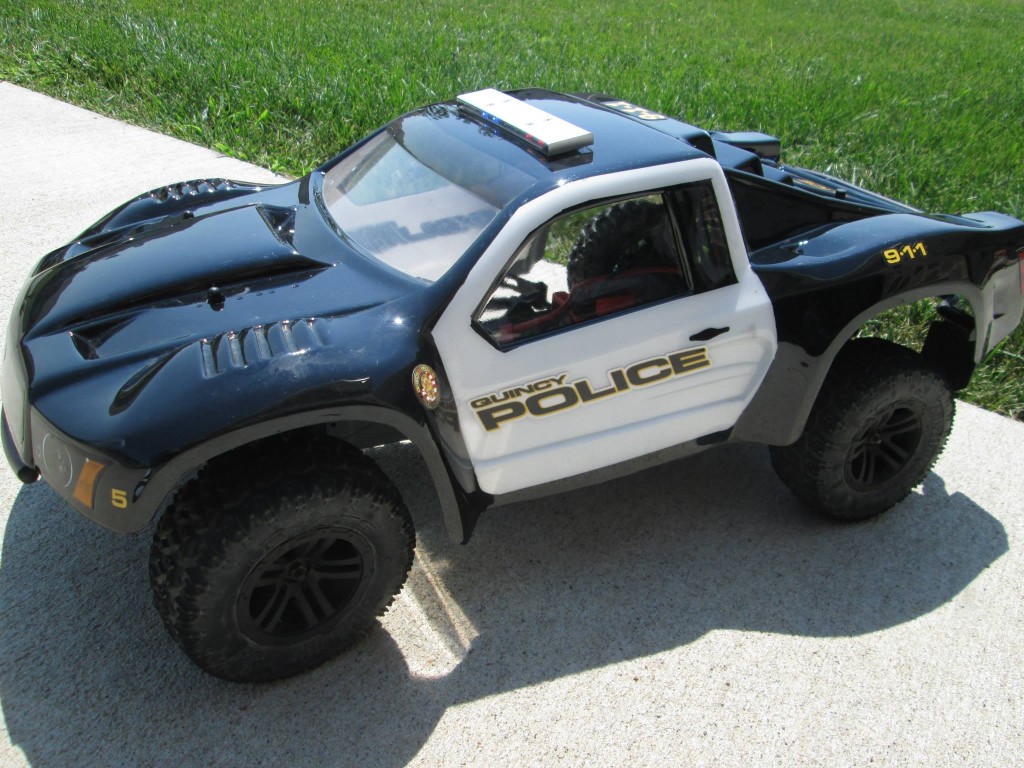 Have you got a cool story on how ARRMA products are helping your community grow? We would love to hear more details. Drop us a line here: support@arrma-rc.com

Check out why the law enforcement officers chose to use the FURY MEGA: http://www.arrma-rc.com/rc-cars/latest/fury/mega/story-board 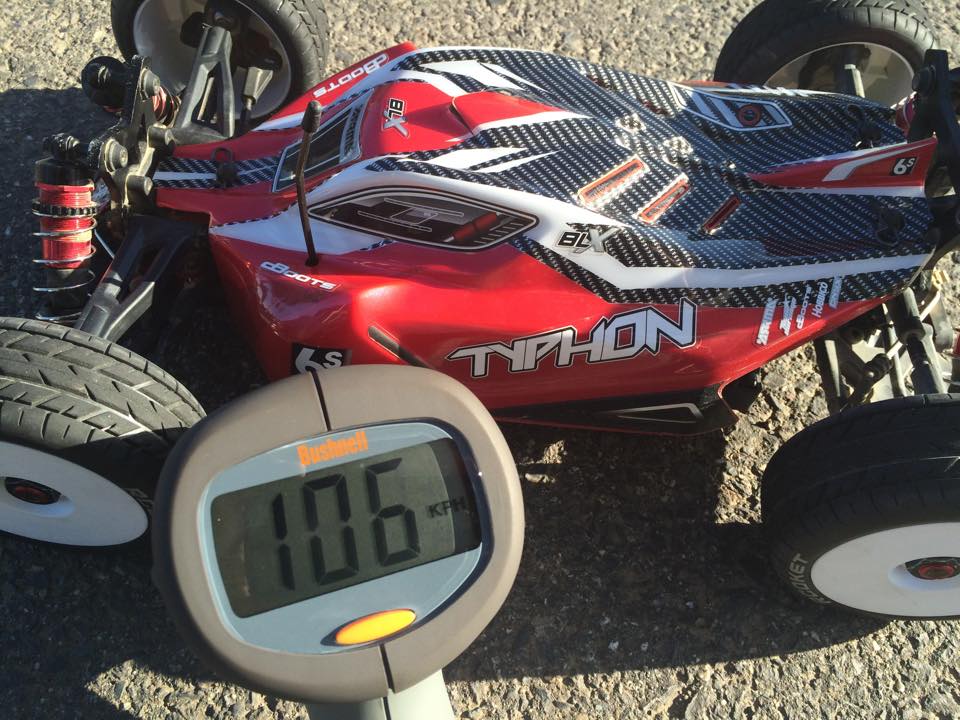 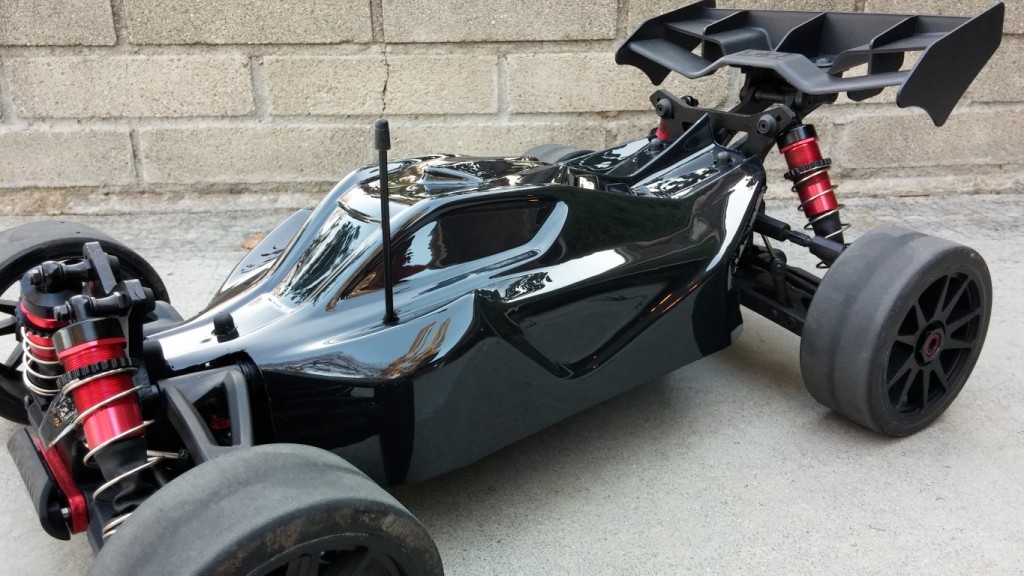 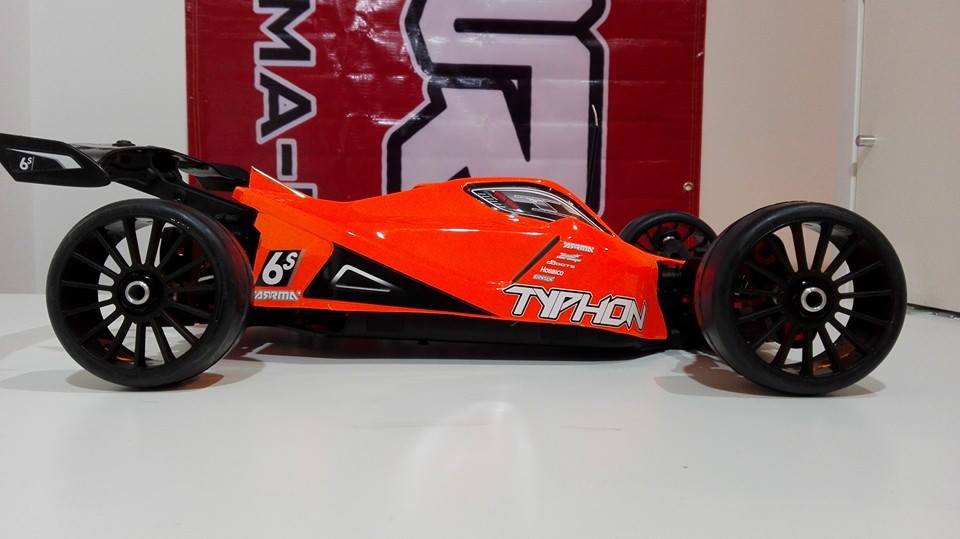 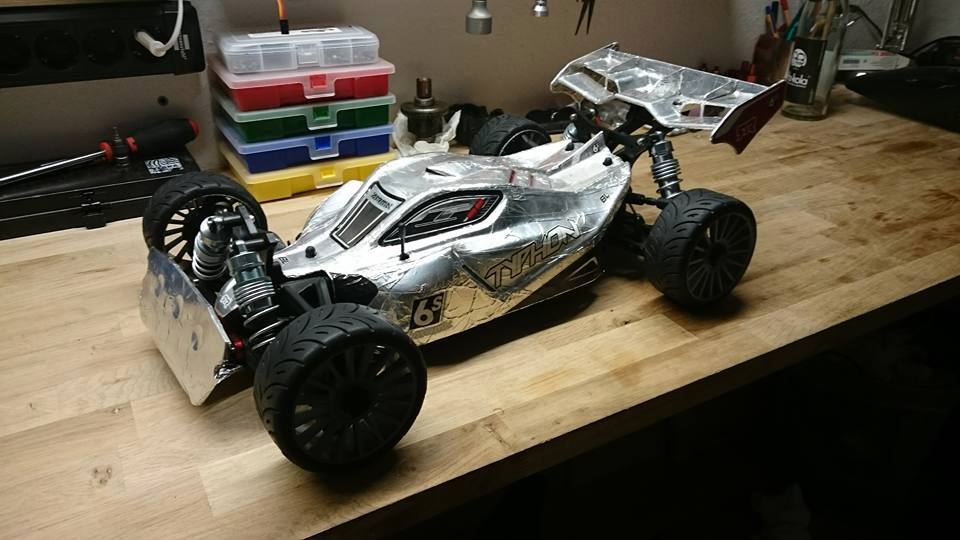 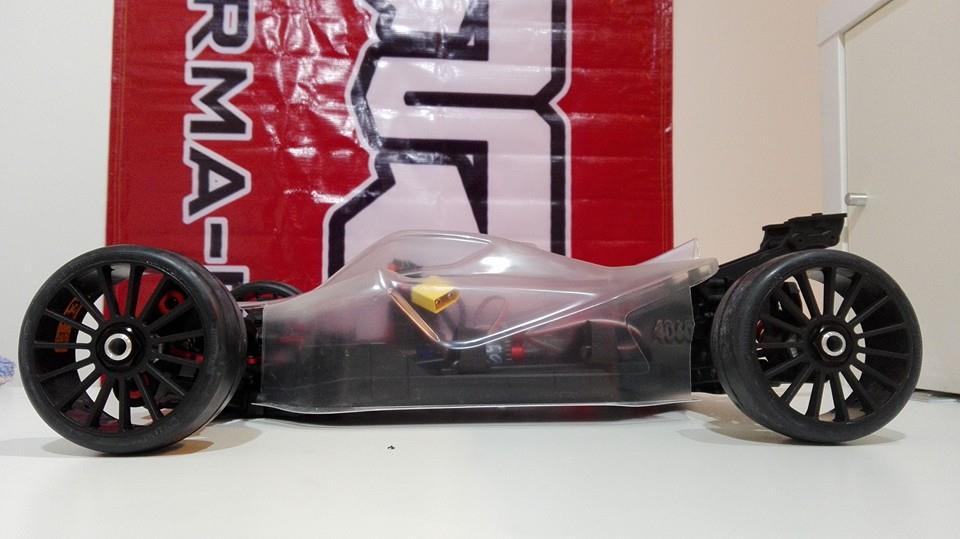 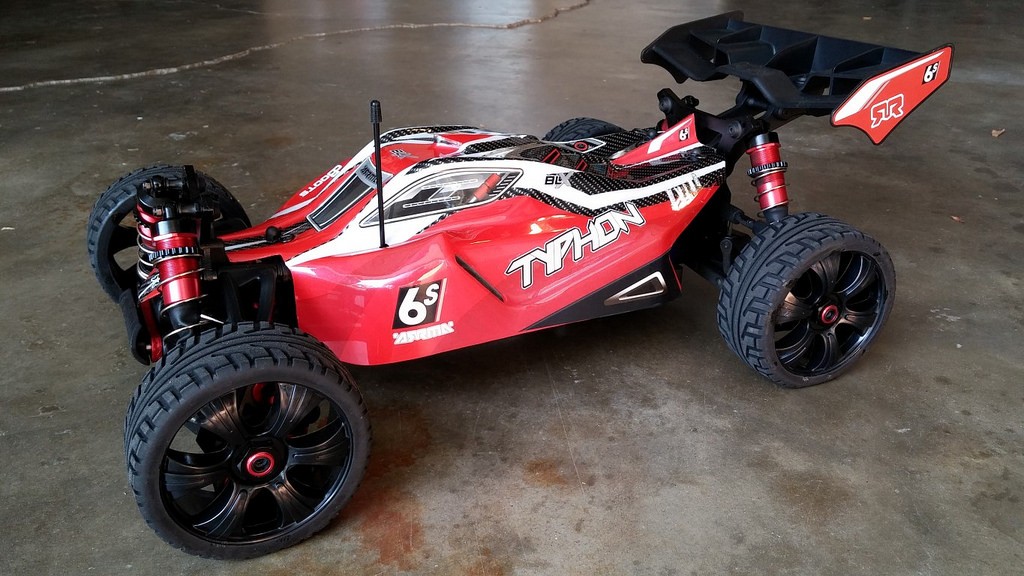 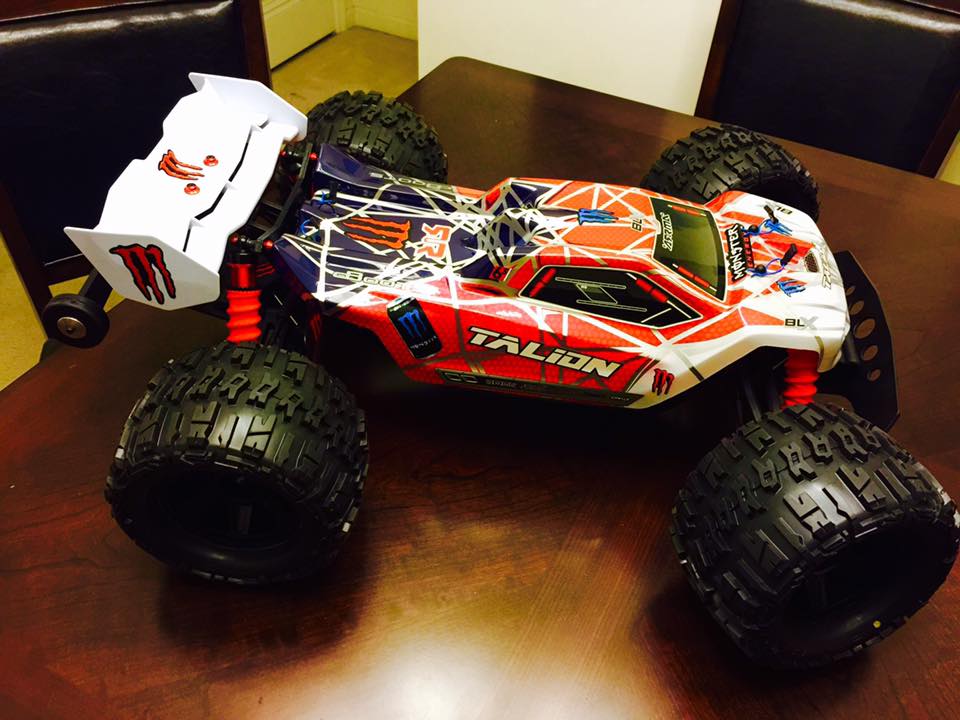 Here at ARRMA we have created all our vehicle designs with owner customization in mind. We want you to create a unique bashing machine, using the super-solid ARRMA platform as the basis for your dream RC vehicle.

Wheel and tires are always a fast and easy customization option, with a wide range of sizes and tread pattern available to choose from. Changing your tires can create increased traction on specific surfaces, like adding paddle tires when attacking sand dunes for instance. 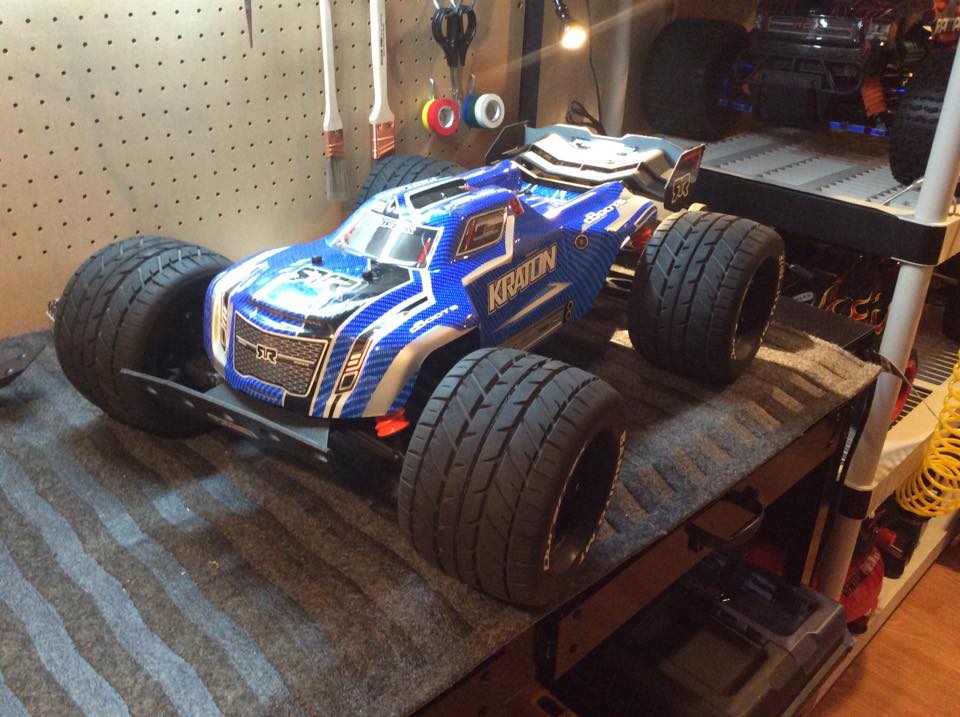 Wheel changes are an awesome way to make your ARRMA bashing machine stand out from the crowd, whilst also allowing you to change the overall footprint of your ARRMA rig. This can help you tune how the vehicle handles, again, allowing you to create the ultimate focused beast, no matter how crazy the conditions may get. 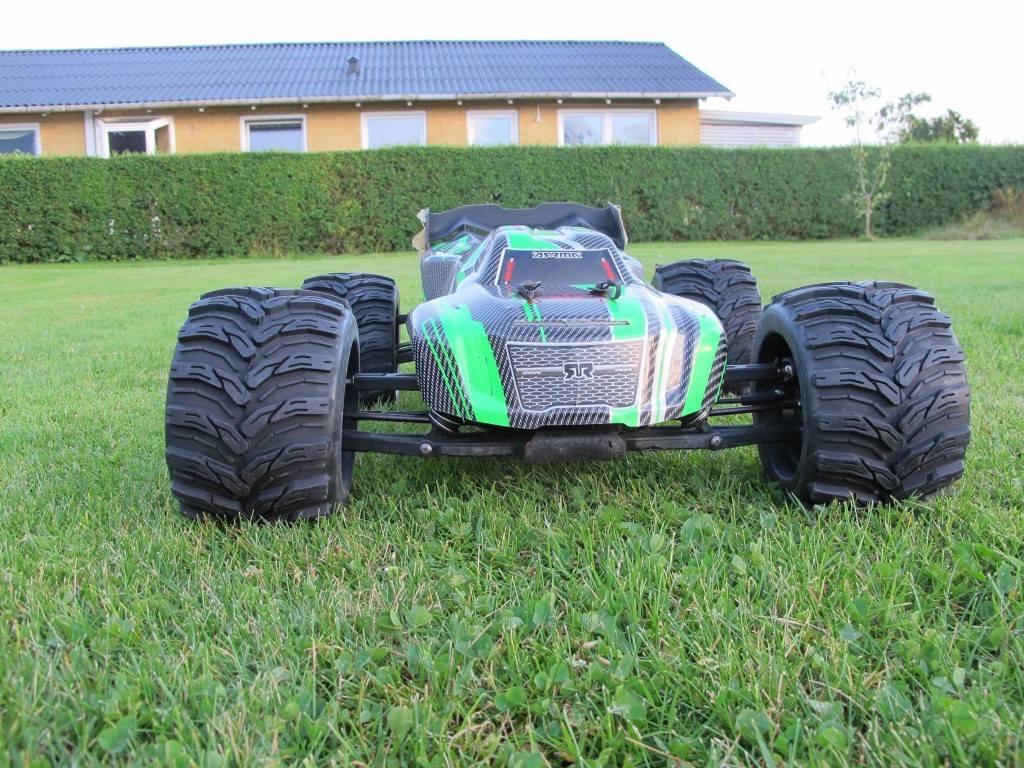 A wider track and some meaty tread for this KRATON 6S

Check out this very cool video guide, created by ARRMA super fan Thomas Pettersson, that shows you how the main third party rims and rubber can fit your TALION 6S, or KRATON 6S, with no modifications required.

Get into more ARRMA tricks and tips video here: http://www.arrma-rc.com/tv 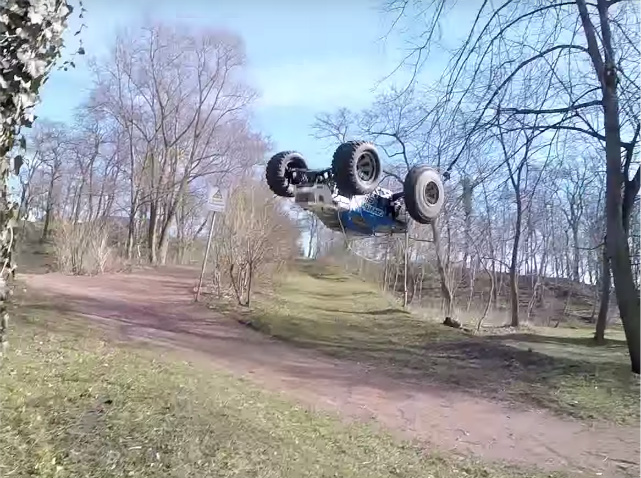 Upside down, then back around – ARRMA fans love back flips

No matter what ARRMA vehicle you choose to enjoy, you all love the exciting motion of a good back flip.

We have seen some awesome videos recently, showing a range of ARRMA vehicles doing a full rotation.

This video is a perfect example of some great family fun with the KRATON 6S, as it nails multiple back flip landings. Watch out for the double at the end! – http://www.arrma-rc.com/tv/channel/kraton/d9Qgv176Z_A

Watch how a bit more speed, and a whole lot more height, can result in a world beating back flip with the KRATON 6S: http://www.arrma-rc.com/tv/channel/kraton/nmXGJgbz8KY

Send us your back flip video footage to be featured on ARRMA TV: support@arrma-rc.com 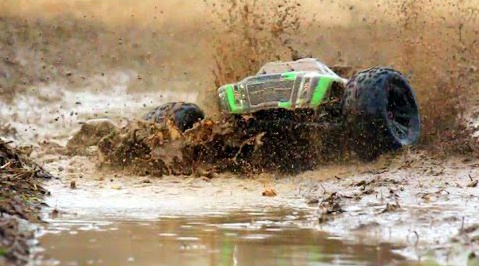 We have seen several anti-gravity triple back flip jumps, many huge gnarly power slides, and a host of awesome 100mph plus speed runs.

One of our favorite bashing activities is the ‘water hover’, achieved by hitting standing water at high speed, at the perfect angle. The result, a hovering ARRMA vehicle and giant liquid rooster tails!

Check out this recent action video for some mind blowing hover action: http://www.arrma-rc.com/tv/channel/kraton/-723ucKV3Yw

Learn more about the awesome BLX powered truck that was featured in this video: http://www.arrma-rc.com/rc-cars/latest/kraton/blx/story-board

Connect with ARRMA fans all over the world here: https://www.facebook.com/ARRMARC